Would you like to learn more about the fascinating history of Whixley from Roman times to the present day?

If so, we would like to invite you to belong the newly formed Whixley Heritage Group which is seeking to do more detailed research into Whixley’s heritage. The project will culminate in the restoration of two heritage windows in the parish church (which itself dates back to pre-Norman conquest times).

Below is a brief and very truncated story which we hope will become much more detailed as research on various aspects of village life are uncovered.

So we welcome you to step into our Story!

Two thousand years ago, the Roman empire had extended to Britain, and the inhabitants of these parts would be aware of the Roman military expertise and enthusiasm for building roads, as the empirical forces increased their hold on the country. These lines of communication along which Roman legions marched included Rudgate , an offshoot of Dere Street linking   Roman settlements in the north with York (Eboracum) and Lincoln (Lindum)to the south, and with Tadcaster (Calcaria) westwards towards Chester(Deva).   Today, Rudgate is still the main road that cuts through Whixley, and the cobbles that formed that Roman highway have long since been used in the building of the earliest dwellings of the village’s inhabitants.

When we Fast- forward 500 years , after the Roman legions had abandoned their forts and left northern Britain, groups of monks , inspired by their Christian faith, arrived to advance civilisation and bring learning , and a vibrant faith to a people working the land under an early feudal system. 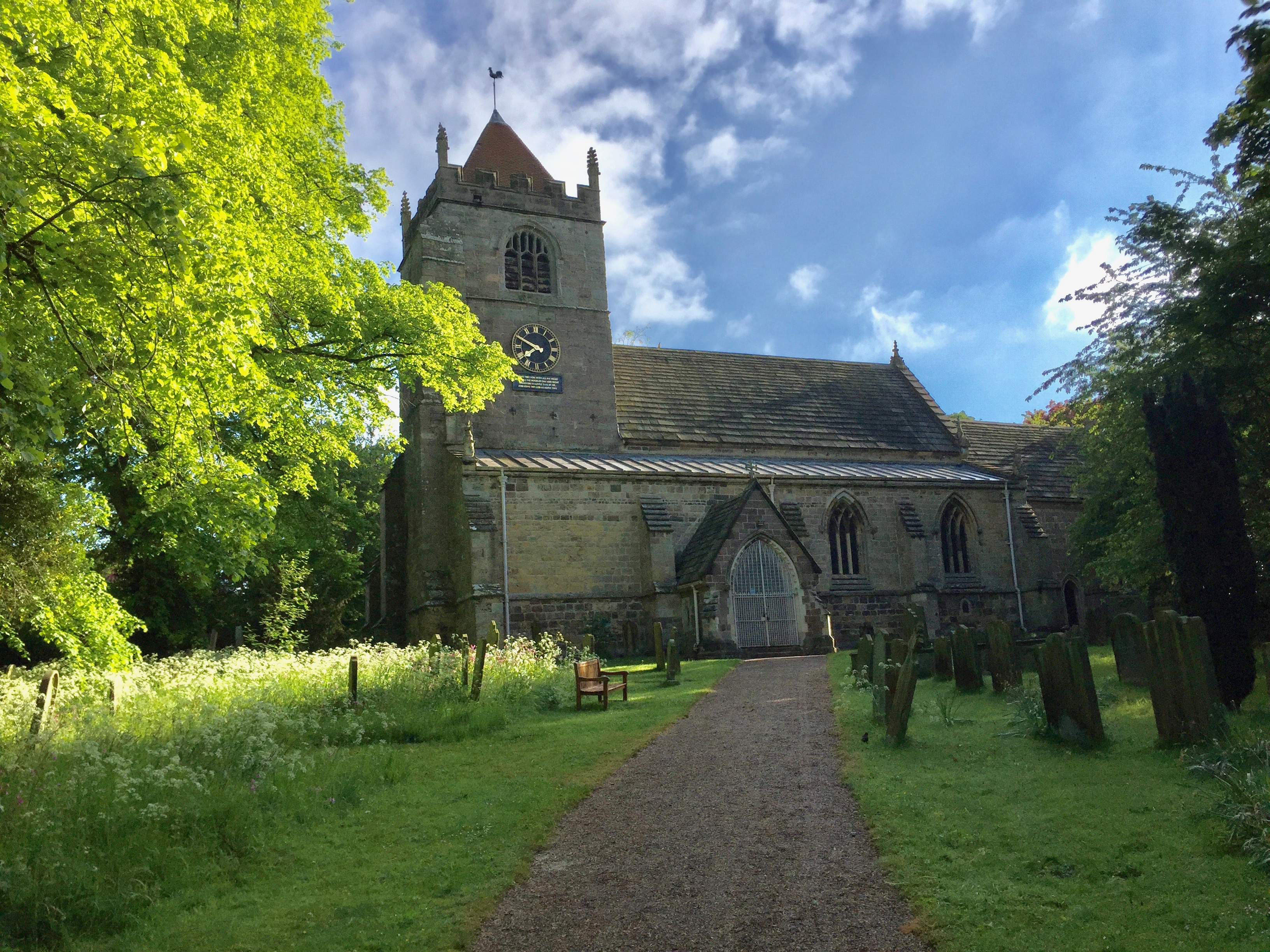 Within the next 500 years, a Christian church had been built at Whixley (Cucheslaga) as noted in William the Conqueror’s Domesday Book of 1086. Of that early building, a Norman window arch and stone font, along with an Early English stone coffin in the churchyard , remain to this very day, as significant milestones within the Whixley story.

The names of the Rectors and vicars from 1538, along with detailed records of the villagers’ births, deaths and marriages since then, give a fascinating record of the number of inhabitants in the parish, the nature of their work, family sizes , life expectancy and status etc which together form part of our heritage project, for further detailed research.

Ancient Field names , the Glebe land, and the identification of the site of the Court Leet lead us to discover more about the Manorial system of government, strip-farming, crop rotation and the regulated pattern of agriculture of the Middle Ages within the parish. People keen in local social history are invited to add a wider dimension to our Heritage Project which will be recorded in stained glass.

During England’s mediaeval period, the most significant building, used for secular as well as religious purposes was the parish church which was largely rebuilt and extended in the 13/14th centuries.

We can trace its history through its architectural styles from Early English, through Decorated and Perpendicular styles to the Victorian era of the 20th century. Its bells, raised roof and tower, its carvings, mouldings, decorations and windows add to a greater understanding of the richness of the heritage which is ours.

By the Victorian era, the building had need of some restoration, and William Valentine (vicar from 1853-1896) engaged Sir Giles Gilbert Scott , the eminent architect of the day, to undertake this work. Existing mullioned windows in plain glass were replaced by stained glass, two of which are now in urgent need of restoration under our Heritage project.

Following the history of the church-building, and how it was an integral part of village life down the greater part of twenty centuries,  presents us all with a challenge and opportunity to safeguard for future generations our fascinating and precious heritage

May we invite you to bring this prospect to fruition by offering to do further research into our heritage or/and by generously supporting our Heritage Project?

If this project appeals to you, please speak or email any of the following persons who will be pleased to hear from you.