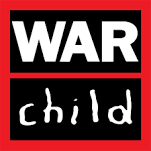 Saturday February 11th 2017 saw an unusual and very enjoyable event hosted at the Village Hall. Barry Atkinson and his team of willing volunteers organised an evening of food, wine and dancing all in aid of the War Child charity which helps displaced children from war zones around the world. Over 60 local people enjoyed a fine array of canapés and Middle-Eastern foods, and were entertained by dance troupe Hazarah who gave two performances, before and after supper, followed by an invitation to the audience to join in the dancing.

A Tombola and auction of items donated by local residents and businesses was an outstanding success, raising close to £5,000 including Gift Aid contributions.

(www.warchild.org)
The charity aims to reach children as early as possible when conflict breaks out, and stay on to support them – long after the TV cameras have gone home; to help keep them safe, give them an education, and equip them with skills for the future.

They understand children’s needs, respect their rights, and put them at the centre of everything they do. Whether it’s helping Syrian children access education, rehabilitating ex-child soldiers in the Central African Republic or seeking justice for young people detained in Afghanistan.

They also work with children and young people to change systems and practices that affect them. They campaign on the root causes of conflict, and we demand that children are at the centre of all humanitarian responses. Their vital, life-changing work covers four main areas: Protection, Education, Livelihoods and Campaigning.