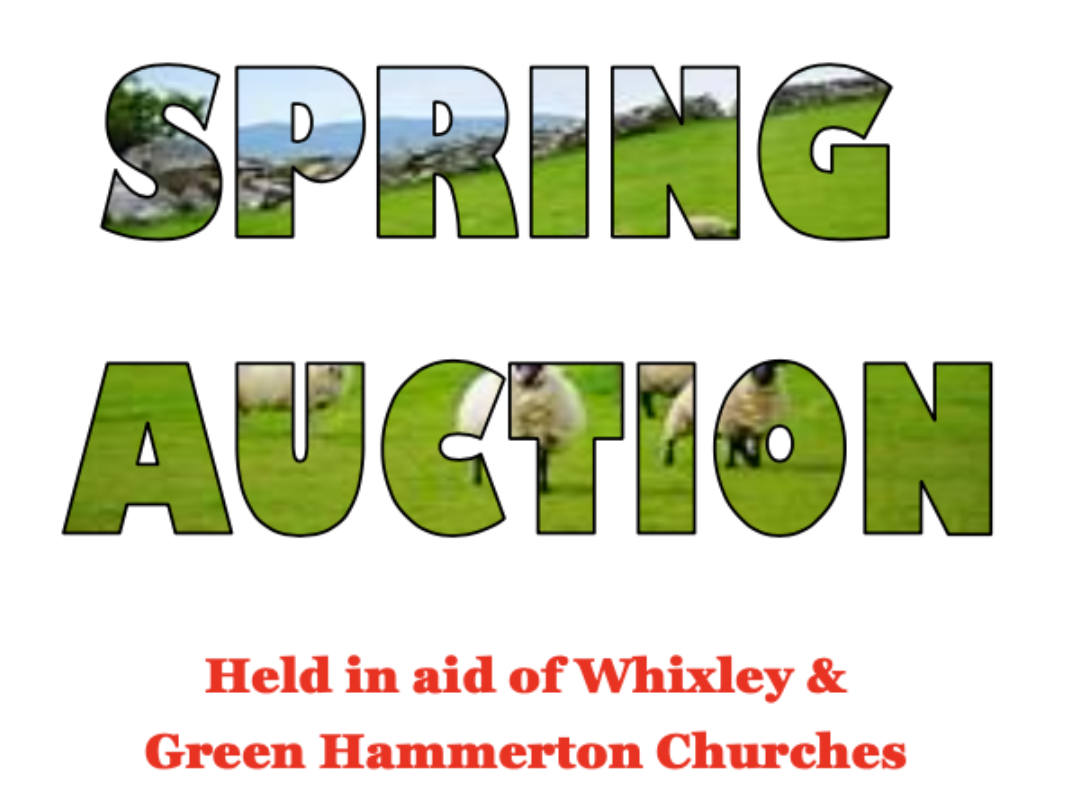 It’s now over one week since the Auction closed, the bids keep trickling in and we haven’t yet collected all the money pledged. However, at the moment, barring disasters, we have raised just over £2,000! This is a fantastic amount which will be shared – one half to Whixley and Green Hammerton churches and the other half to Cancer Research. The money has been raised in loving memory of June Rowden of Whixley Gate who died on Christmas Eve.

Last year’s total was around £1,256.50 and a £100 donation was given after the auction. With a much larger catalogue this year, we have been able to raise more money, although many items remain unsold. As you can see from the results sheet, the best-selling items were in the food and gardening sections, with special mention going to Dee Wright who single-handedly raised £258 with her baking and horticultural skills. Congratulations also to Biddy and Roger Marshall whose Afternoon Teas were a runaway success and have raised a grand total of £410. Well done to them and thank you Biddy for agreeing to deliver 2 sessions.

Thank you to all those who kindly donated items for sale and all who made such generous bids. This year we attracted more bids from people we hadn’t met before, some of them new to our villages and some from further away. Whether a great amount or a small amount was given, it all adds up to a great team effort. Thank you also to those who gave donations: Ann Heaton, Martin Simpson, Alan & Angela Watson and an anonymous donor.

Once again, the success of this auction was very dependent on effective publicity and for that I must thank Ian McNeill, Annabelle Polito, Martin Simpson, Enid Fisher and Barry Atkinson who were tireless in spreading the word via posters, websites, Facebook, other social media and by word of mouth. For me, it was great fun to run the auction, despite the paperwork.

Thanks are due to all who participated in however small a way; generosity and good will were evident throughout. My sympathy to those whose bids were overtaken and also for those who submitted items for sale but did not receive any bids. Everyone’s contributions ensured that we had a varied and interesting catalogue.

Hopefully the next live Auction on behalf of our churches will be in October in Whixley village hall, watch this space. In the meantime, thank you all for supporting the Spring Auction in memory of June Rowden and in aid of Whixley and Green Hammerton churches + Cancer Research. Thank God for cheerful givers!