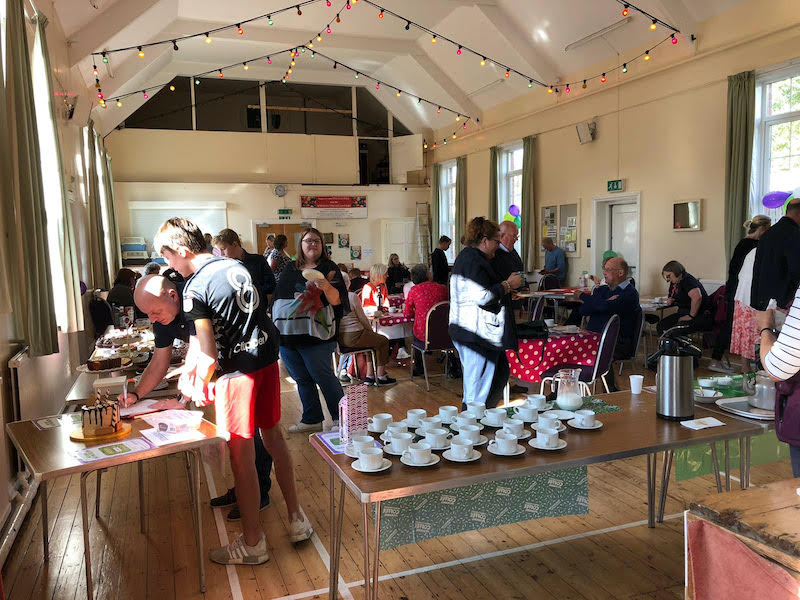 It all started with a summer BBQ. I was talking with my neighbour, Mia Robinson, about wanting to run a Macmillan coffee morning in September and Mia said she would help. We decided we would do it in her son Elliott’s memory. Then in typical Rachael fashion I decided to try and make it as big an event as possible.

We hired the village hall and a friend created the flyer for me. A local company then printed all the flyers and posters for free for us and I distributed them around along with various posts about the event on social media. We even got a slot on Stray FM to help in the promotion.

Many local companies donated some amazing raffle prizes and with savouries supplied by Voakes pies, tea and coffee from Bettys and an amazing spread of delicious cakes made by friends and family the event was all set. We just hoped that people would turn up.

Turn up they did! and we had a brilliant 3 hours. Nuzzlets even made an appearance with some of their animals, which was a real treat. We have had some wonderful comments following the event about how good the prizes were and what a friendly atmosphere it was, which makes all the hard work in setting it up worthwhile.

After the mass clean up at the end of the coffee morning, Mia and I sat down to count up the money. We were staggered with how much we had raised, the total was £1,265 and with an additional £250 from gift aid this gives us a huge final total of £1,515.

We truly are blown away by people’s generosity on the day, but also with all the prizes donated and the amazing cakes cooked to make the event such a success. it truly shows what a great community we live in.

Thank you to everyone who helped no matter how big or small and also thank you to the people who came on the day.