At last, the new Village Hall Kitchen is completed

This epic saga began in 2016 with early discussions and consultations, together with designs and quotes from Commercial Kitchen installers. The rollercoaster of disappointment from an unsuccessful funding bid, delight from later successful bids and frustration from delays in installation, due to the COVID-19 pandemic, is now finally over.

Throughout this time the kitchen design has evolved but it remains true to the fundamental principles established with the original layout, namely: a linear flow from “dirties” in through a spray and wash facility, to storage; and with a hygienic food preparation area to point of distribution.

We hope the first thing you will notice in the new kitchen is the step change in hygiene standards.  In line with commercial advice and FSA quality standards, the work tops and splash backs are all continuous easy clean wipe down surfaces.  The kitchen has a dedicated “dirties” spray wash basin, a dedicated hand wash basin and a separate food preparation sink.

Ample storage is provided by a large cupboard and additional wall and under counter cupboards and drawers.

The kitchen appliances include a commercial dishwasher capable of washing 360 plates per hour, or 20 racks of cups, saucers and cutlery per hour.  In addition there are two under counter larder fridges, two large ovens, two inset ceramic hobs and a large cooker hood.  The kitchen is equipped with a micro wave and a 5 litre automatic Ecoboiler.

The original large marble work top has been removed, repaired, cleaned and polished and now replaced looks resplendent “front of house” with adequate space for a trolley to be moved in and out of the area.

Prior to installation, the floor was levelled and a Polysafe hygienic floor covering fitted. Similarly the old electrical wiring was removed, a new ring main fitted and brighter lighting installed.  The whole kitchen has been redecorated. All that now remains is to restock the kitchen with utensils, cutlery and crockery and one further appliance as the old warming cabinet failed its PAT safety tests.

We now look forward to the time when events can restart in the Hall to make full use of the new facilities. 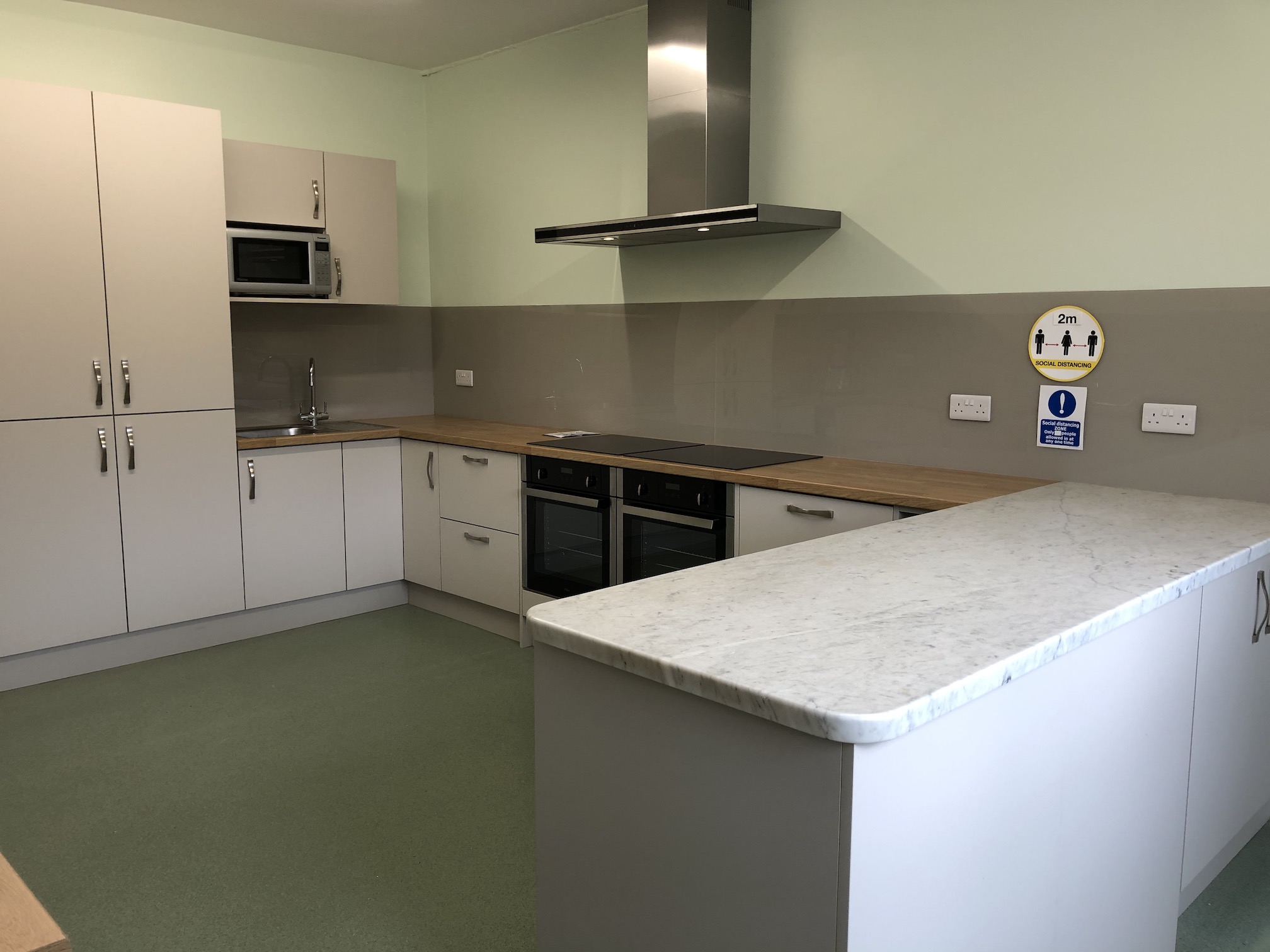 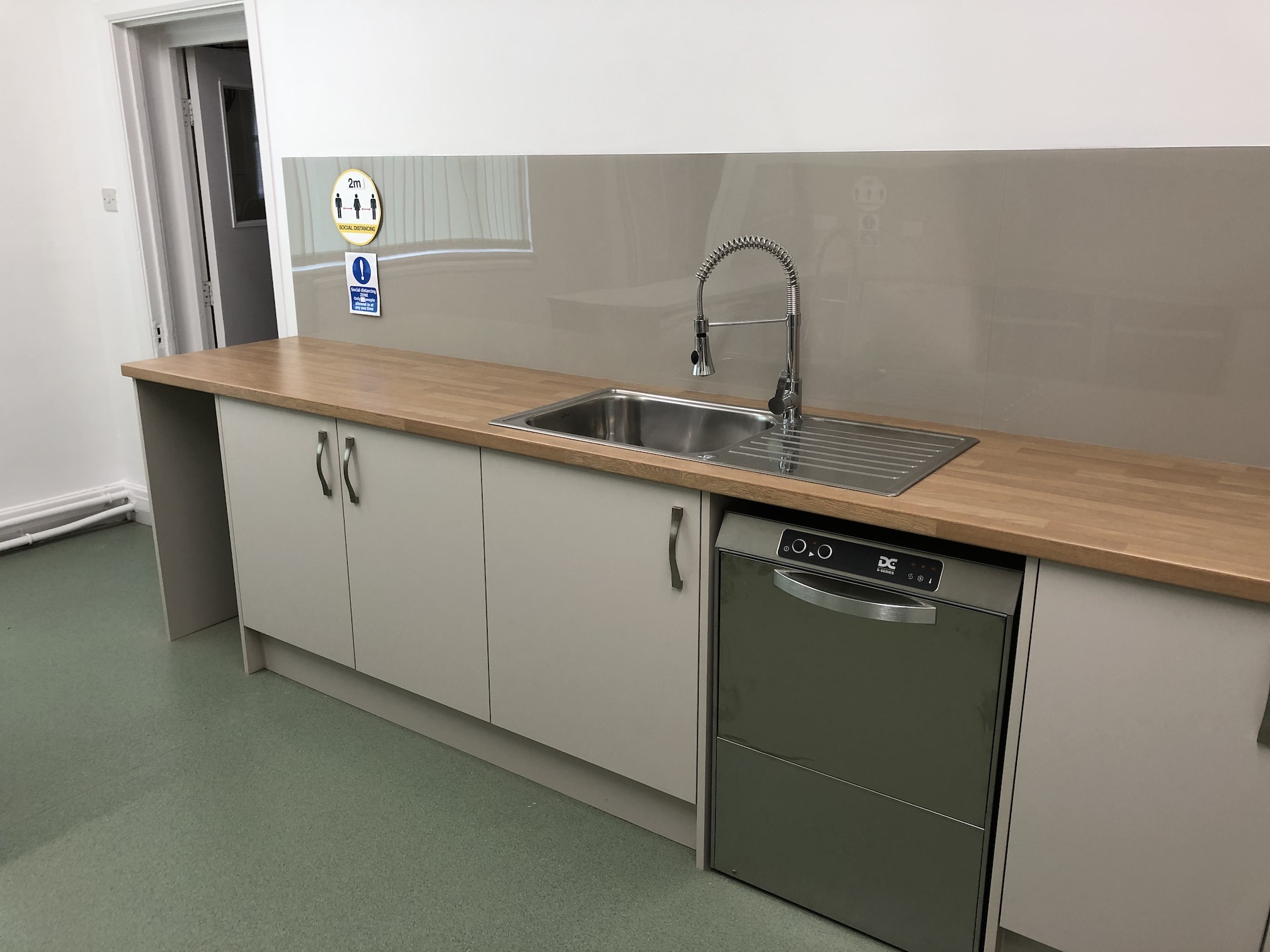 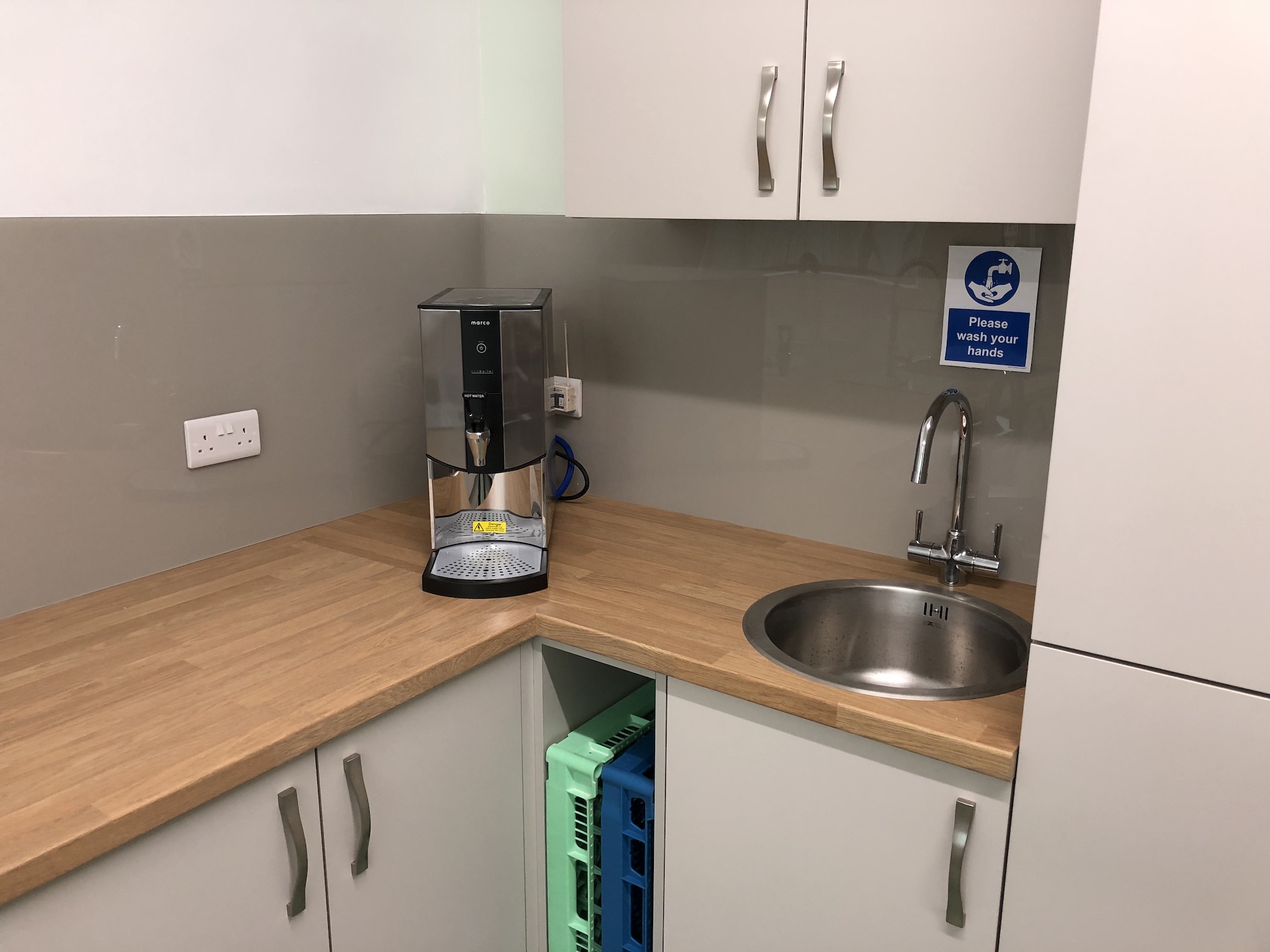 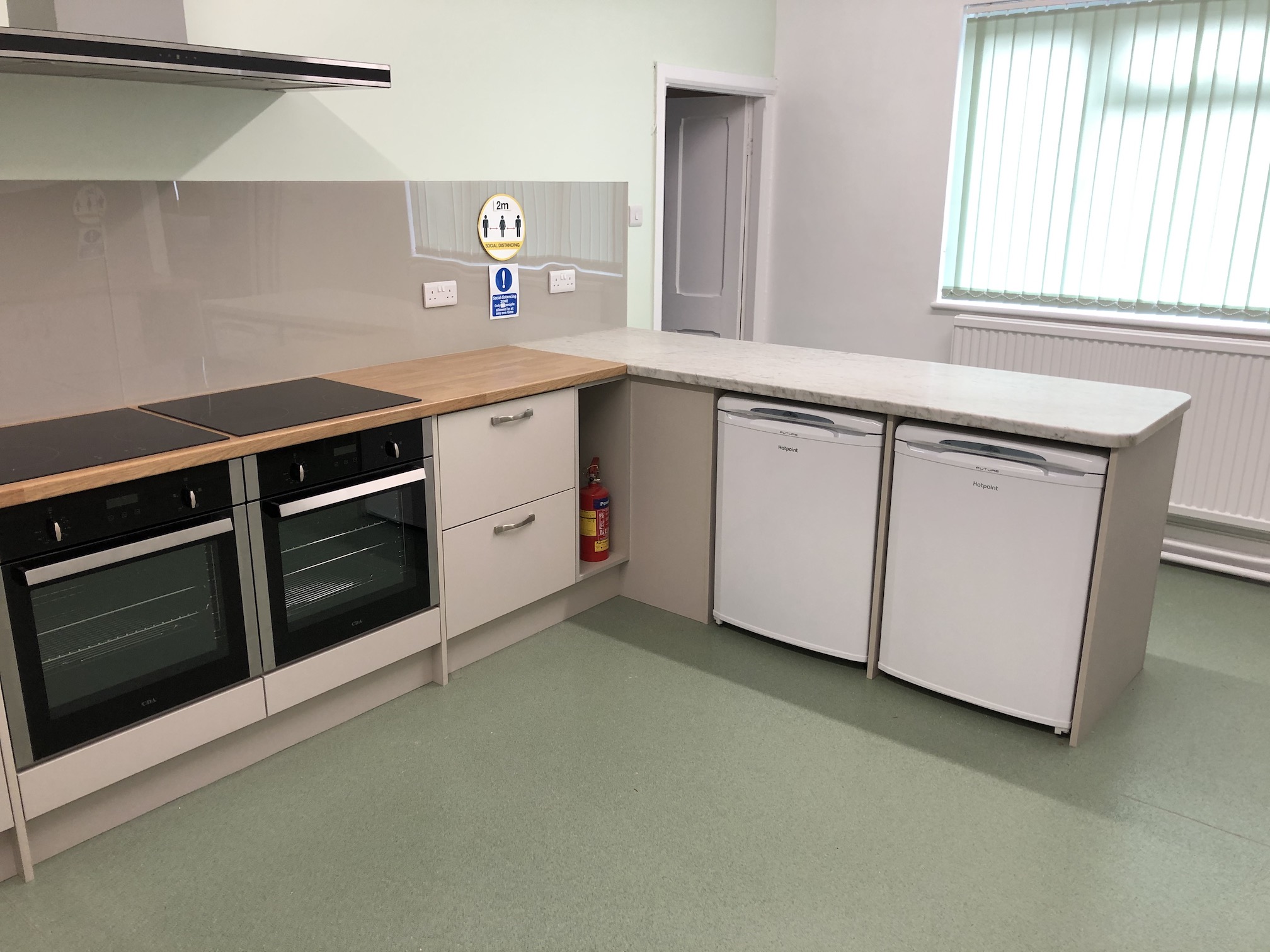 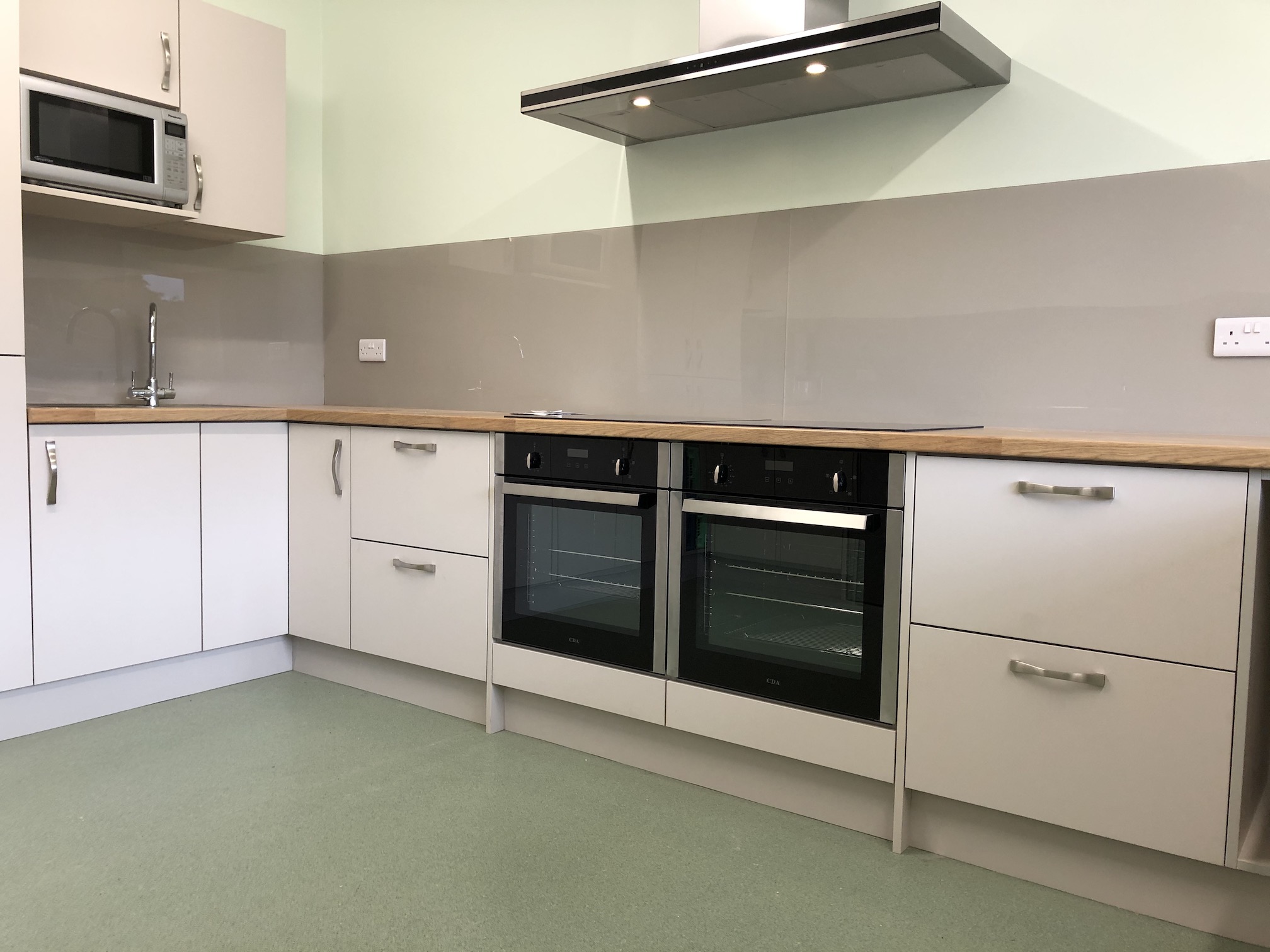