A number of Whixley residents have contributed their memories of that day 75 years ago.  Here are just some of them:

Ralph Henley: My name is Ralph Henley and this is what I remember about the Second World War. I was born at Shacklefield Farm Thorpe Underwoods. Our house was straight opposite the Linton Airfield main runway, separated by the river Ouse. I remember two sets of Halifax bombers leaving to bomb Germany. One left at 10pm and returned at 2am and the second at 4pm and returned at 8pm, the dates I don’t remember. Many did not return from these bombings in Germany. One attacking plane was attacked and fell into our field killing 7 cattle. This enabled the anti-aircraft batteries to target the enemy bombers. The saddest part of the war was on the 24th March 1944 when 7 British planes crashed killing all on board. One fell near to Little Ouseburn church and one landed on Widdington Manor, just near to where my mother’s sister and family live. Others fell on surrounding farms, but they did no damage. All the men are buried at Harrogate War graves Cemetery.

Audrey Craven: I don’t remember VE Day but strangely enough recall two events that happened during the war. One was when close neighbours got bullets through their back door from an enemy aircraft during an air raid, and the other when a German plane crashed onto our half built skating rink (never completed).

I do, however, recall VJ Day. I was cycling home with my mother and sister. As we approached Aberdeen, where we lived, the church bells started ringing (not a common occurrence on a weekday), and, on asking what had happened, we were told that the war was over. Great celebrations as people came out onto the street and every church had its bells ringing as we passed – what a lovely sound it was.

George Rowden: VE day marks the day of my earliest childhood memory, being 4 1/2 at the time. My brother and sister and I had all gone to bed but we were all awakened by our Mum and Dad when news of the end of the war in Europe reached us.. We lived in a terraced house in Stockton-on-Tees and I can remember going to the bedroom window to see the street full of very happy people dancing, singing and hugging each other. I didn’t go outside to join them but still felt the excitement and joy of the occasion.

Brenda Ibbetson: I am the little girl on the right on the front row of the photo below and was 3 years 11 months old at the time. This is a photo of the VJ celebration in Floris Street, Stockbridge, Keighley. There was a two day holiday to celebrate the end of the Second World War in August 1945. 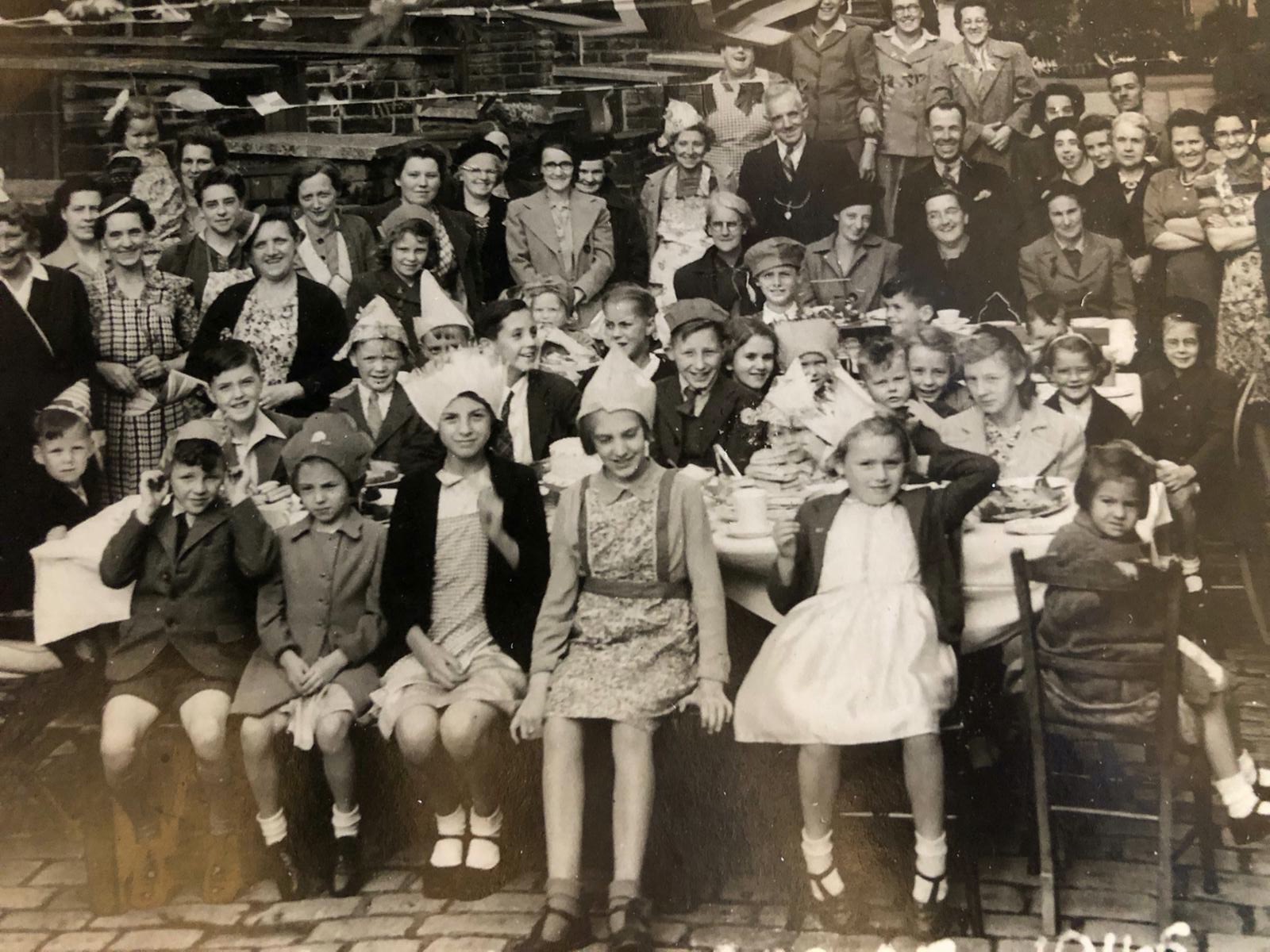 Gillian Bland: A picture (below) of my mum on VE Day in Hull. She is between the two ladies in darker coats near the back and facing front- to the right of the larger lady, who remained her best friend. 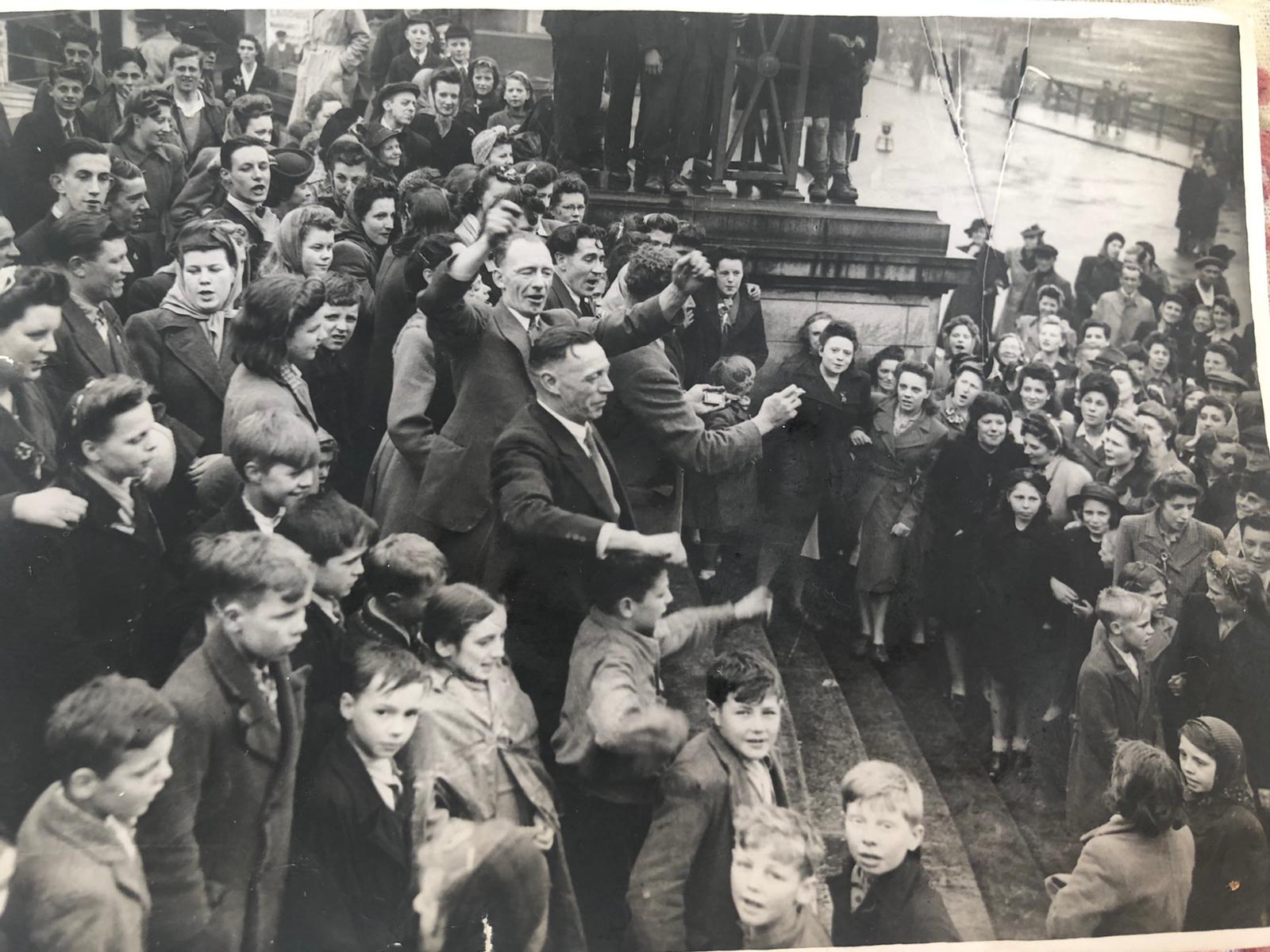