Council approves Local Plan – but there is hope

Home/Archive, Notices/Council approves Local Plan – but there is hope
Previous Next

Council approves Local Plan – but there is hope 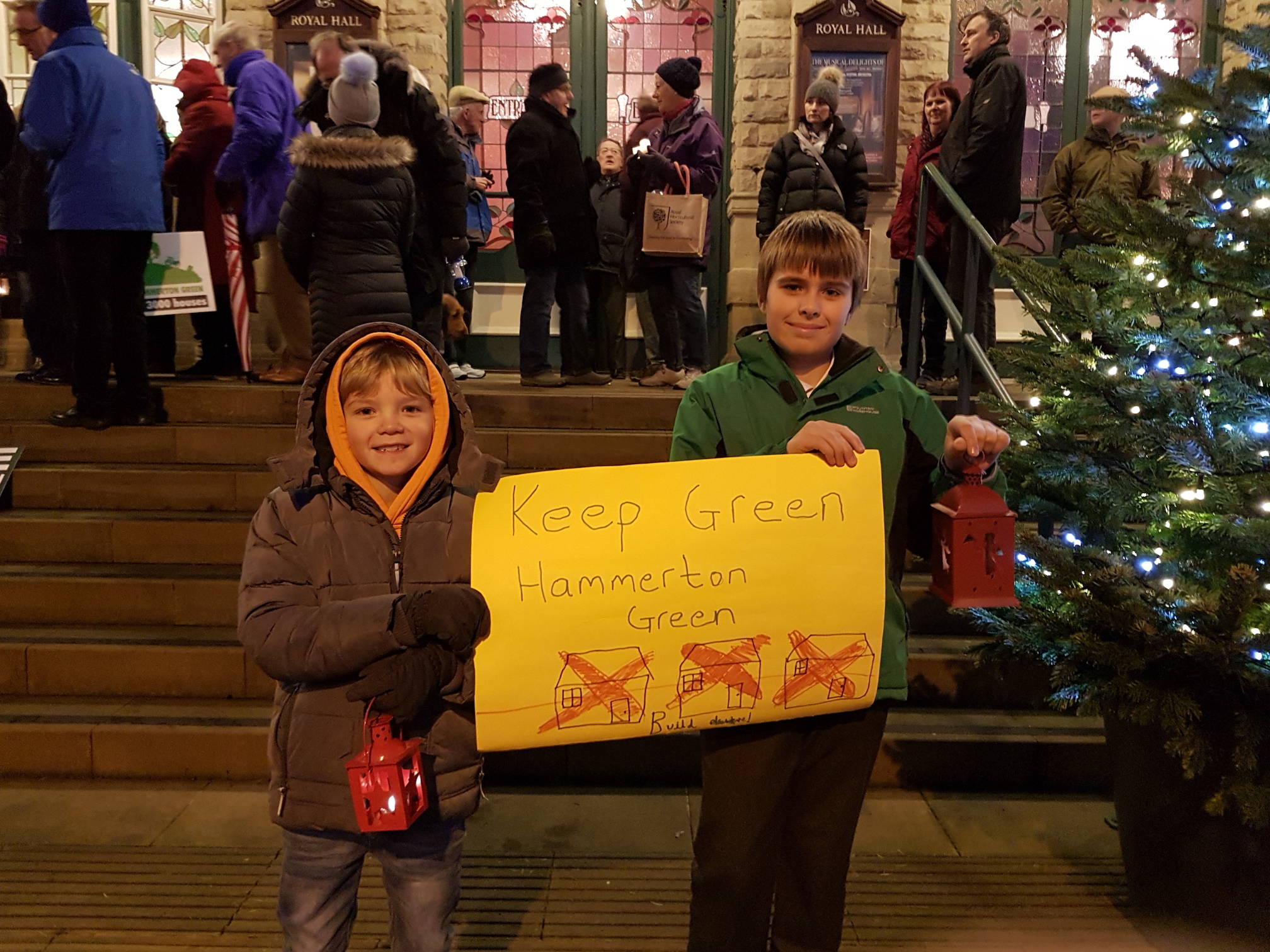 A huge ‘thank you’ to all who turned up last night to protest in Harrogate – including these two wonderful young boys who braved the cold. The BBC’s Look North, Stray FM, Harrogate Advertiser and Harrogate Informer were there and BBC Radio York carried out a live interview by phone during the protest.
Following the Council’s decision to approve the draft Local Plan – not unexpected – this is our statement in response:
Following the meeting of the full Harrogate Borough Council last night which resulted in the approval of the Local Plan which includes proposals to build 3000 new houses on land between Green Hammerton, Kirk Hammerton and Whixley, chair of Keep Green Hammerton Green Chris Chelton:

“We were not surprised that the Council approved the draft Local Plan as it was made very clear that failure to do so would result in decision-making for building going to Central Government and Harrogate losing control however we were delighted and encouraged by several Councillors speaking out against the ‘Great Hammerton’ option for the same reasons we disagree with it – irrevocable loss of prime agricultural land and unsustainable with no infrastructure, excess traffic on a very busy A59, no local jobs and the potential damage of ancient villages and close communities.
Many councillors, whilst supporting the Local Plan to allow the process to move forward, were very vocal in disagreeing with many elements of the Plan, with several sites across the Harrogate region being the subject of objection during the meeting. We were told by the Councillors to keep campaigning as the process now goes back for public consultation and will come before the Independent Planning Inspectorate which we fully expect will identify the many flaws in the proposals and support our objections. 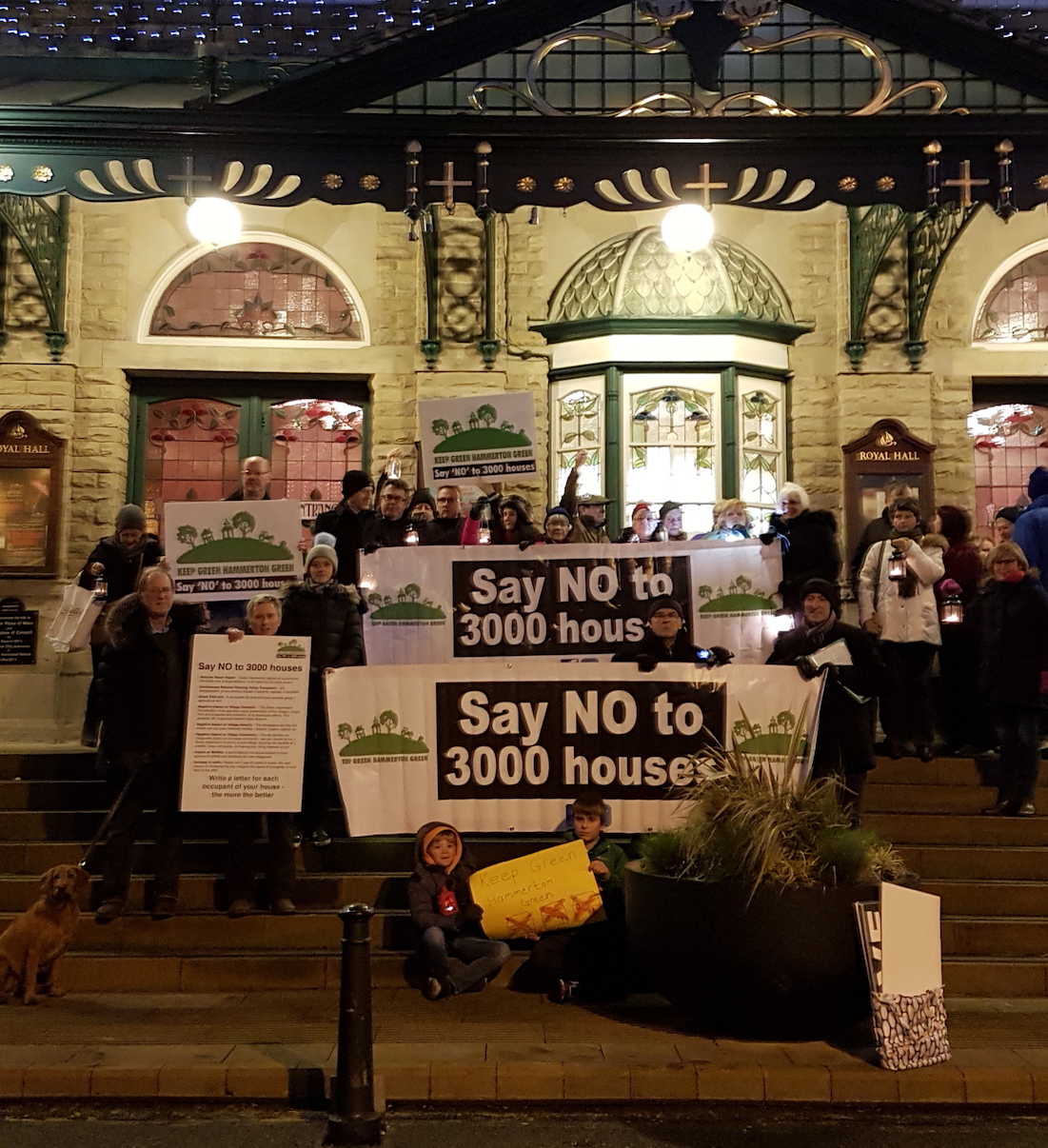 Flaxby Park, a more suitable and sustainable option nearby which is subject to a planning application by the developers to build 2750 houses, was shown support during the debate by Councillors; the developers have recently announced they have instructed legal counsel to challenge HBC, which can only add to the argument to site the new settlement there.
We are also seeking legal advice and will be campaigning on to get the right decision.”